All Those Broken Angels 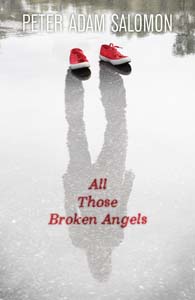 Richard Harrison was the last person to see his friend Melanie alive. She vanished when they were six, and while the police never found her, a part of her remained a living shadow that became Richard's closest friend. For ten years, Richard has never questioned the shadow that keeps him company . . . until a new girl moves to town, claiming to be Melanie. All Those Broken Angels is a story of buried bones and shadowy secrets and the freedom that can only come from a journey through darkness.