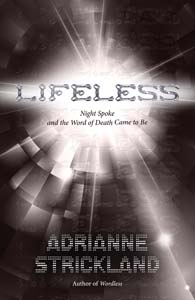 When Tavin Barnes escaped Eden City with Khaya, the Word of Life, he became a most-wanted fugitive overnight. But he never expected his flight would end with the ultimate curse: becoming the next Word of Death. Now he's a prisoner inside the Athenaeum, where his new life under the Godspeakers' control has begun. As the Word of Death, Tavin can kill with a touch, an ability he must learn to harness or risk hurting the people he cares for. But Ryse, the Godspeaker charged with Tavin's training, is pushing him to be as ruthless as she is. Her goal: make Tavin an elite assassin, whether he wants to be or not. His first target: the Chinese ambassador to Eden City. And that's just the beginning . . .