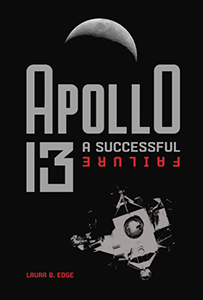 Houston, we've had a problem." On April 13, 1970, the three astronauts aboard the Apollo 13spacecraft were headed to the moon when a sudden explosion rocked the ship. Oxygen levels began depleting rapidly. Electrical power began to fail. AstronautsJames Lovell, Jack Swigert, and Fred Haise were about to be stranded in the inky void of outer space. The mission to the moon was scrapped. Now, Apollo 13's only goal was to bring the crew home. With the damaged spacecraft hurtling towards the moon at roughly 9600 KM per hour, there was little hope of success. But the astronauts and mission control were fully prepared to do whatever it took to return the crew to Earth.